No. of Gold Moves

"Alone" by Marshmello is a fanmade routine that is featured in Citron00Zeste's channel.

Appearance of the Dancer

The dancer is a man, who dresses up exactly on what Marshmello could wear. Essentially, he wears a white cylinder-shaped helmet with a smiley face with crossed-out eyes, white sweater, white pants, a white jug with the same smiley face in the helmet strapped on the right side of his pants, and white shoes. Occasionally and briefly in the routine, his color scheme is completely black. He has a purple outline, which constantly changes color throughout certain parts of the routine.

The dancer is a man, who dresses up exactly on what Marshmello could wear. Essentially, he wears the same outfit as with the classic version, with the addition of a black and white sash-like shiny attachment, looped from his right shoulder down to his left side of his abdomen. He no longer changes to black. He now has blue outline.

The dancer sleeps in his blue bed in a room with a small tablet containing some trinkets, a yellow floor and a white wall with Marshmello's signature face in it. Then the dancer wakes up and the background slowly morphs.

During the verses, the background is in a concrete road with rectangles made of glass. There are also other elements present, such as brief visual distortions, cylinders with Marshmello's signature face appearing randomly, rain and letter balloons occasionally featuring words from the songs lyrics. Occasionally, a DJ set also appears in certain moves of the dancer as well as audio spectrum bar.

During the chorus, the background is mainly white, but it also feature multiple of visual and special effects, such as swirling white and black mix, Marshmello's face appearing in rows, clouds, balloons with Marshmello's face and others.

The routine takes place in a live concert, where the coach stands behind a DJ set with speakers in it. Behind him is a large screen, which features a variety of previous visual effects that were used in the Classic routine. In the stage are some spotlights that occasionally shine light to him. There are also some concert goers present in the bottom side of the stage, enjoying to the music. As the beat drops, confetti drops from the sky and disco lights were light up, along with the whole stage being lit.

There are 2 Gold Moves in this routine:

There are 2 Gold Moves in the Live Version, both of them are the same: 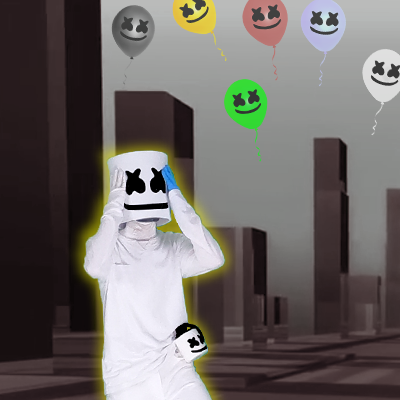 Behind The Scene (Classic) 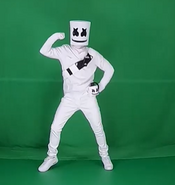 Behind The Scene (Live Version) 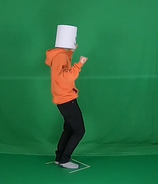 Behind The Scene (Live Version, Public) (1) 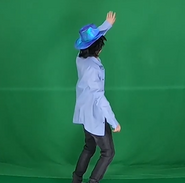 Behind The Scene (Live Version, Public) (2) 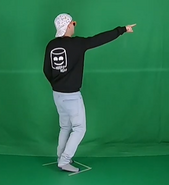 Behind The Scene (Live Version, Public) (3) 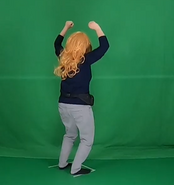 Behind The Scene (Live Version, Public) (4)

Alone's Classic menu square in a post by Citron00Zeste 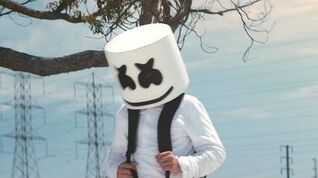 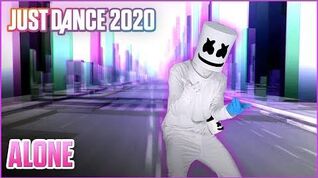 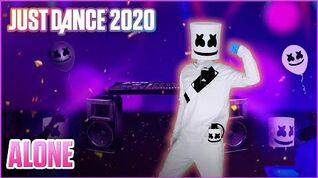 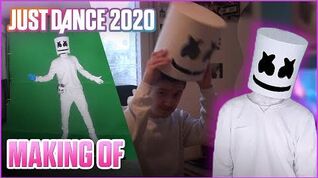 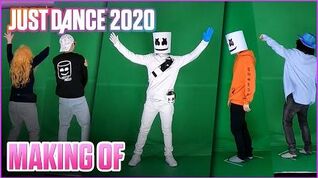